The Six Pillars of Jewish Wisdom 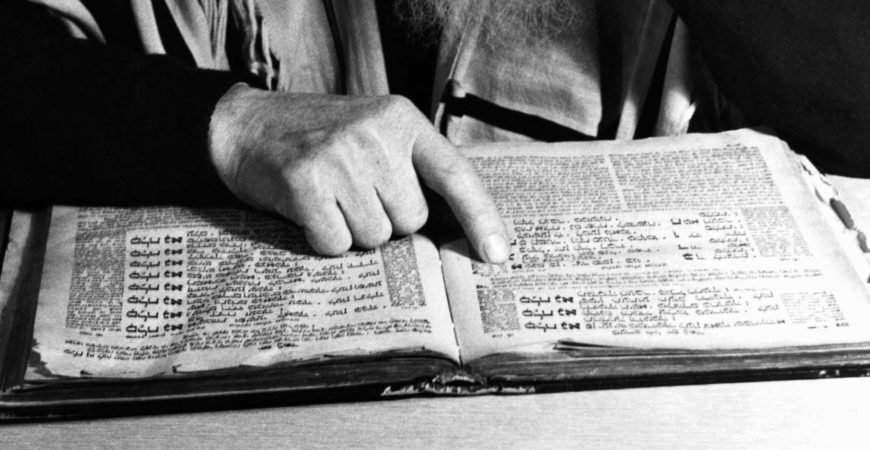 What on earth is the philosophy of Judaism?
There are six elements. Each has roots in the Pentateuch. It is part of the mystery of Jewish identity that these principles produce techniques that are fecund and unembarrassing in the hands of avowed secularists.

Man, says the Torah, is made in the image of God. That indicates: (a) that man is not God; and (b) that man has some of God’s attributes, and is accordingly worthy of respect (although not worship). The tension between (a) and (b) generates the energy of Jewish ethics.
In the hands of Christian theologians, the notion of the Imago Dei has become a liability. That is because they have engaged in over-elaborate exegesis of the creation story in Genesis. They have derived over-dogmatic conclusions about God’s nature (and hence man’s nature), from the description of God’s attributes there. The dogmatism has gone in several different directions, but here’s one example. In the creation story, God is rational; he has a plan, which he utters into existence. That indicates, says one line of Christian theological speculation, that man is only properly human if and insofar as he is rational too. You can go straight from that conclusion to Kant, whose metastasis throughout medical ethics has done incalculable harm. Kant, if he’s being consistent, denies full human status to everyone and everything that is incapable of reason – whether a stone, a dog, a child, or an adult in Permanent Vegetative State.
But the rabbis, by and large (and although – or perhaps because – they understood the nuances of the Hebrew original much better than the Christian), were much less prescriptive about what those early chapters indicated about God, and hence man. They were wise enough to be agnostic: confident enough to say: ‘There’s a mystery here: it can’t be grafted straight into the statute book’. That left the doctrine of the Imago Dei supple, useful, and exciting. It allowed the doctrine to inspire all the best forms of humanism as well as the best forms of ecstatic mysticism. It forced Jewish philosophy to take humans seriously, and was therefore one of the reasons why Jewish philosophy has always been suspicious of the vacuous metaphysical speculation that has so delighted many philosophers. If humans matter, goes the reasoning, philosophy should be their servant: let’s rate the value of our philosophy by the contribution it makes to the real lives of real, extraordinary, ordinary people. It has made Jewish philosophy pragmatic, and hence readable.
If X is made in the image of Y, self-examination by X (including the sort of self-examination urged by many philosophers) is likely to reveal something about Y. Which brings us to….

The Jewish insistence on monotheism, together with its insistence that God created, gives rise to the belief that there is a single set of coherent principles governing the way the universe works.

The idea that God’s image can be seen in man, and his movements in history, implies that those principles are in principle discoverable. So there’s a point in doing philosophy.

4. Man works in partnership with God

Way back in Yavneh, R. Eliezer was embroiled in an increasingly acrimonious rabbinical debate about a halakhic ruling. His opponents refused to accept his opinion, and R. Eliezer called on God to vindicate him. God, obligingly, caused water to flow uphill, a tree to move four hundred cubits, and the walls of the study hall to shudder. But the rabbis were unimpressed. Desperately, R. Eliezer called for a voice from heaven to deliver the authoritative verdict. And it did: ‘What have you against R. Eliezer?’, the divine voice demanded. ‘The halakha is always as he says it is’. But Rabbi Joshua did not regard that as the end of the matter. He quoted Deuteronomy back at God: ‘It is not in heaven’, he said – the point being that the Torah had come down to earth on Sinai and had stayed there: it belonged to each Jew, and the opinion of each Jew, as infused into and expressed through Talmudic discourse (and, I’d say, everything that a Jew does and says) formed part of the Torah. ‘What is Torah?’, asked the Bavli: ‘The interpretation of Torah’.

It had also been decided at Sinai, Rabbi Joshua respectfully reminded God, that in the event of a dispute, the majority should decide. God and R. Eliezer were on one side, but there were more on the other: thus God’s side lost. God laughed, we’re told. ‘My children have conquered me’. That laugh was the proud laugh of the father who delights in being caught out by his children. It’s a great moment when that happens.

This exhilarating story from Yavneh set the tone for Jewish philosophy. It legitimized (in fact it mandated) the exercise of human reason in a way unthinkable to the Christians. It made God and man (perhaps because of the Imago Dei), partners in uncovering the fundamental truths about the world, as well as in tikkun olam – the mission of mending the world. It made man responsible: he wasn’t spoon-fed by God. God really wanted to know what man thought, and sometimes God changed his mind as a result of human argument.

The things on this earth are good, and together they are very good. The Fall of Man, for the rabbis, isn’t as cosmically catastrophic as it is for Christianity: it doesn’t fatally infect the universe, and it certainly doesn’t mean, as per Augustine and his quasi-Gnostic chums, that asceticism is the highest human calling. God, in Jewish thought, has invested a lot in the world, and he expects us to do likewise. The world isn’t going to be tossed into the fire, as we’re so often and so gleefully told by the shiny-suited televangelists of the US: it’s worth working on. So ethics matter; families matter; food matters; sex matters; thought matters; and matter matters. It’s worth getting things right in this world because it’s the only one we know about, and it might well be the only one we’ll ever know about. Jewish ambiguity about the afterlife has helped Jews to make the most of this world, and has given its philosophy practicality and pragmatism.

This practicality is partly the source of and partly the result of a lack of theological dogmatism. There’s a theological heterogeneity even within the haredim of Mea Shearim that would bemuse most Christians – accustomed as those Christians are to numbered paragraphs in catechisms, and statements of faith to which congregants must assent. Judaism is theologically undemanding: see, for instance, the simplicity of its defining utterance, the Shema, and the general distrust of Messianism. Yes, Jews say: ‘Next year in Jerusalem’, with all its messianic overtones; and yes, they ask that Messiah may come quickly and in our days. But most of them don’t expect him to do so. A man was employed by the shul to sit and look out for the coming of the Messiah. He was paid two kopeks a week. ‘That’s not much’, said a friend. ‘I know’, he replied, ‘but at least it’s a steady job’. That’s the general Jewish attitude towards Messianism. Jews may be partners with God, but he seems to be very good at delegating. In fact it is safest to assume that he delegates everything. One of the things that he delegates is the task of right thinking, with the end of right living.

Because of its intense interest in the best way to live now, Judaism is intensely interested in ethics. Since Judaism hasn’t wasted time in trying to define the relationship between the persons of the Trinity, or by trying to convince itself that the Kingdom of God has arrived, as Jesus promised, notwithstanding the existence of paediatric oncology wards and the ubiquity of genocide, it has had more time to devote to the business of mainstream philosophy as the ancients understood it: the business of how best to be alive as a human being on this strange ball of rock.
Share:
Tags:
Six PillarsJewish Wisdom
Related Posts
2 Comments
Leave a Reply Cancel Reply