Sam Lebens holds a PhD in philosophy from Birkbeck College, London. Sam is currently a post-doctoral fellow in the Philosophy Department at the University of Haifa. He has published in Philosophical Studies, Philosophers’ Imprint, Religious Studies and the International Journal for Philosophy of Religion. He holds Rabbinical Ordination from Rabbi Zalman Nechemia Goldberg. For more about Sam, visit his website.

Dani Rabinowitz has a PhD in philosophy from Oxford University, with concentration in epistemology and philosophy of religion. He then held a Junior Research Fellowship at Oxford as part of the New Insights and Directions for Religious Epistemology project directed by John Hawthorne. Dani has a particular interest in prophetic knowledge, as described in Maimonides’ Guide of the Perplexed. 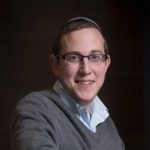 Aaron Segal is Lecturer in Philosophy at the Hebrew University of Jerusalem. He has published articles in metaphysics, philosophy of religion, and Jewish philosophy, and co-edited (with Daniel Frank) the volume, Jewish Philosophy Past and Present: Contemporary Responses to Classical Sources (Routledge, 2017). Aaron holds a PhD in philosophy from the University of Notre Dame and Rabbinical Ordination from the Chief Rabbinate of Israel.

Josef Stern is the William H. Colvin Professor of Philosophy at the University of Chicago and Director of the Chicago Center for Jewish Studies. He received all his degrees from Columbia University and also spent three years away from college studying at a yeshiva, or talmudical academy, in Israel. He has taught at Chicago since 1979 and has visited at Northwestern, the Hebrew University of Jerusalem, Bar-Ilan University (Israel), and the University of Pennsylvania Law School where he was the Gruss Professor of Jewish Law from 2002 to 2004. The recipient of fellowships and grants from the American Council of Learned Societies, the National Endowment for the Humanities, the Franke Institute for Humanities, the Israel Science Foundation, the Lady Davis Foundation, and the Memorial Foundation for Jewish Culture, Stern is the author of over 50 articles and three books, including Problems and Parables of Law: Maimonides and Nahmanides on Reasons for the Commandments (SUNY Press, 1998), Metaphor in Context (MIT Press, 2000), and The Matter and Form of Maimonides’ Guide (Harvard University Press, 2013). Stern works in two distinct areas: contemporary philosophy of language and tenth to thirteenth century medieval philosophy, especially Jewish and Arabic philosophy. His interests in the philosophy of language focus on the theory of reference, the role of context in semantic interpretation, and the difference between literal and non-literal meaning and between linguistic and non-linguistic systems of representation and communication. At present he is working on the relation between quotations and pictures. In medieval philosophy, Stern is completing a number of projects that focus on epistemological and metaphysical issues in the philosophy of the twelfth-century Jewish philosopher Moses Maimonides and his relation both to the Arabic philosophical tradition and to later Jewish thinkers. His most recent book explores the relation between the form in which Maimonides’ Guide of the Perplexed is written and, in particular, its use of the parable, and various epistemological and metaphysical issues that arise from the tension between the human form, or intellect, and matter, or body. His present project concerns Maimonides’ philosophical interpretation of the story of the Binding of Isaac (Genesis 22), a philosophical critique of the religious ideal of dying for God and of the truth of prophecy. 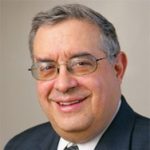 David Shatz is Professor of Philosophy at Yeshiva University, Associate Professor of Religion at Columbia University, and editor of The Torah u-Madda Journal. After graduating as valedictorian of his class at Yeshiva College, Dr. Shatz was ordained at the Rabbi Isaac Elchanan Theological Seminary and earned his Ph. D. with distinction in general philosophy from Columbia University. He has published eight books and over fifty articles and reviews, dealing with both general and Jewish philosophy. His work in general philosophy focuses on the theory of knowledge, free will, ethics, and the philosophy of religion, while his work in Jewish philosophy focuses on Jewish ethics, Maimonides and twentieth century rabbinic figures. The APJ is honoured that Professor Shatz agreed to be our first President.

The APJ is affiliated to the American Philosophical Association (www.apaonline.org).

Membership is currently free and all subscribers to this website are automatically considered members. Voting rights will be available to those members present at our annual APA meeting.